Holy Crap. I didn't realize how much I needed one of these until I realized how many fics I've crapped out. 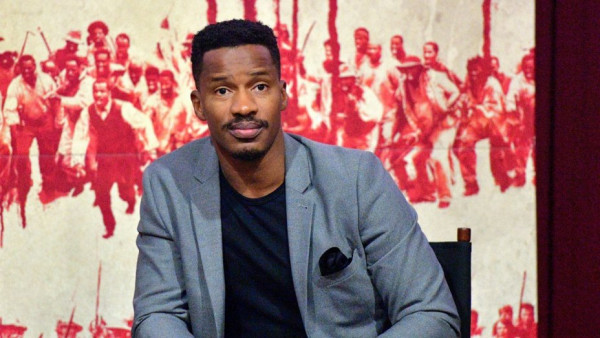 -Sources say Oprah suggested that Parker address the matter in an appearance with King on her CBS program back in August, but Parker declined because he was angry that his past was coming back to bite him on the ass just when his movie was poised for awards season.

-Fox Searchlight hired PR folks (including former NFL pro Don McPherson, who frequently speaks on issues of sexual violence) to help Parker on his promotion of the film, but he just outright ignored all the talking points and tips they gave him.

-THR says that Fox Searchlight will instead focus on pushing Jackie for Oscars after his disastrous appearances on GMA and 60 Minutes where he continues to show a lack of empathy. "They gave him talking points and he just didn't execute," said one undisclosed source.

Oops at me for leaving off for so long that certain details are sure to get fuzzy. At least I have some more handy pictures to try and help me piece along what I wanted to recap.

I also have to note that on Friday the smoke situation was horrendous. The air alert was at red, we were advised to stay indoors, and those who did go outside were advised to cover their noses and mouths. Like a dumbass, I went trekking outside trying to find the Pub Crawl meetup and never found it because I couldn't figure out where the Breezeway was even after asking two employees. Of course, I found out where it was on Saturday.
( Collapse )

I went to my first ever Worldcon (otherwise known as Sasquan this year) and had a pretty great time! I'd definitely do it again and am figuring out my budgeting so that I can go to MidAmericon next year in Kansas City.

So that's the first three days that I remember. The last two were pretty big so I shall put them in the second part.

I'm admittedly on a high but this film was probably the best birthday present ever. I now have a scene that is unequivocally my favorite scene of all time.

As someone who's largely apathetic about vampires stemming from a childhood where I was irrationally terrified of them (and still sleep with the covers up to my neck out of habit), I'm surprised by how much I liked this movie. "Liked" being the operative word here. I'm not rushing out to see it again in theaters. I don't have the DVD pre-ordered on Amazon (though I wouldn't mind getting my hands on that soundtrack). I just found it overall charming.

I'm now looking forward to devouring more of Jarmusch's work as my only other experience with him had been Broken Flowers which I found to be a snooze until the last five minutes. Seeing what he's like when he's on his game gives me a renewed confidence in actually exploring his other films. Or at least the recommended ones.

No, I'm not trying to make a reference back to Rush (even though I wish I could've been watching that movie instead for the fifth time). That's just how the movie felt. Now despite my negative tone, I actually quite liked it, but there are some things that factor into that.

My choice of companion to visit Thor in his natural habitat was none other than my dear mother at the last second. I wasn't even sure if I was going to see this thing at midnight, but she said she was down for it (she'll watch any movie I want to because of a long story I'm not divulging right now) and that she wanted to stare at Hemsworth's handsome face (I love that we can agree on this). Good enough reasons.

The next factor isn't exactly a winning endorsement. My expectations for this film were in the shitter. They have been ever since Comic-Con when basically all the behind-the-scenes guys expressed more enthusiasm for Captain America than the movie coming out in less than six months. Honestly, I've had my suspicious issues ever since Patty Jenkins got booted off the project.

So with these two things (and a Carl's Jr meal) I entered the theater, and I came out thoroughly entertained. It was pretty silly and dumb in certain areas, but what I enjoyed, I LOVED.

Marketing is such a deceiver. Even though I've followed the production of Ron Howard's Rush since it filmed early last year, I was swayed by the marketing to the point where I thought the film's actual focus had shifted. Not so.

I'm actually quite content with the Oscar noms this year. Or maybe I'm getting complacent in my old age.